We all have an idea of what it means to judge something, but what do the Scriptures say about that? Is there more than one verb in Hebrew for the act of judging and what might be the differences? What mysteries might we discover in the Hebrew letters that would help us understand more? Will there be a connection to Messiah? You might be surprised to find out.

The most common word for judge is Shaphat which is found several times in the book of Joshua. In Chapter 23 verse 2 we find this:

The word judges is the word Shaphat, and Joshua continues by reminding them to remember all that Yehovah has done for them and to keep and to do all that is written in the Torah.

In conventional Hebrew, Shaphat means to judge or to govern with the idea of pronouncing sentence and either vindicating or punishing the accused. A good example of this is found in the Torah in Genesis Chapter 16 verse 5 where Shaphat is used for the first time.

And Sarai said unto Abram, My wrong upon thee: I have given my maid unto thy bosom; and when she saw that she had conceived, I was despised in her eyes: the LORD judge between me and thee.

Sarai acknowledges that she has not trusted in Yehovah, but instead has wrongly decided this matter on her own and now deserves to be judged.

What mystery can the ancient pictographs of the word Shaphat reveal for us? Shaphat is spelled Sheen Pey Tet.

Both the ancient and modern letters are shown. 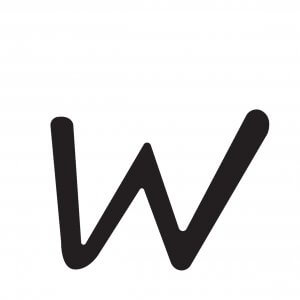 Sheen is the picture of teeth and means to consume, to press, to destroy, or sharp and
is the one letter God uses to identify Himself. 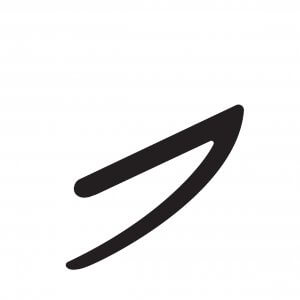 Pey is the picture of the mouth and means to speak or means a word.

Tet is the picture of the snake and means to surround, to encircle, or to ensnare. So what we find here is that God declares He will destroy those entangled with the world. Sarai is submitting to the sentence that will be pronounced upon her for her disobedience to the promises of Yehovah and instead of letting her worldly desires lead her.

In Judges Chapter 11 verse 27 Yehovah is declared to be the Judge:

Wherefore I have not sinned against thee, but thou doest me wrong to war against me: the LORD the Judge be judge this day between the children of Israel and the children of Ammon.

Here Jephthah, the leader of Israel, calls on Yehovah to pronounce sentence and to vindicate the righteous and punish and destroy those entangled with the world, those who have aligned themselves against His people.

Sheen is also the number 300 and signifies the final blood sacrifice made by the Perfect Lamb of God. Pey is the number 80 and indicates a new beginning and a new birth. Tet is the number 9 and points to an evaluation of man resulting in judgment. These numbers tell us that Messiah, the Perfect Lamb of God, has made the final blood sacrifice that ends the evaluation of man that would have resulted in destruction.

But there is another Hebrew verb for judge. What is it and how is it different? The verb Diyn also means to judge, but it carries the idea of ruling and regulating more like an umpire. It is first found in the Torah in Genesis Chapter 6 verse 3:

And the LORD said, My spirit shall not always strive with man, for that he also is flesh; yet his days shall be an hundred and twenty years.

The word strive used here is the word Diyn and shows that rather than pronouncing a sentence and vindicating or punishing the accused, Yehovah is going to guide by ruling and regulating.

It is spelled Dalet Vav Noon. What mystery will the pictographs give us here?

Dalet is the picture of the door and has the meaning of a doorway or a pathway, or an
entrance to a place of life or death.

Vav is the picture of the iron nail or the wooden hook and means to secure or join two things together that are separated from one another.

Noon is the picture of the fish and represents life or activity. The whole idea embedded in Diyn is that this judge intends to guide and direct His people through the doorway that is connected to life.

It is valuable to realize Diyn is found in the ancient prophetic text before Shaphat is found. Why is that important? It shows us Yehovah has always intended to guide His people by Diyn, ruling and regulating for their benefit. Only when His people fail to follow does He resort to Shaphat or pronouncing a sentence of destruction on those entangled by the world.

Only two verses after Diyn is first found that very result is recorded for us. Genesis Chapter 6 verses 5 through 7 states:

And God saw that the wickedness of man was great in the earth, and that every imagination of the thoughts of his heart was only evil continually. And it repented the LORD that he had made man on the earth, and it grieved him at his heart. And the LORD said, I will destroy man whom I have created from the face of the earth; both man, and beast, and the creeping thing, and the fowls of the air; for it repenteth me that I have made them.

The very next verse, however, gives great hope. Verse 8 says:

But Noah found grace in the eyes of the LORD.

So not everyone will be evaluated and find themselves about to be destroyed. There will be some who will be vindicated. How do we know which are which? Rabbi Paul wrote in his letter to the Romans chapter 3 verse 23:

For all have sinned, and come short of the Glory of God.

All mankind faces Shaphat or judgment resulting in punishment because all have ignored the goodness of Yehovah and His Diyn which was to rule in order to guide us to the pathway to life. Remember the numbers in Shaphat and Diyn tell us the really good news: the Perfect Lamb of God made the final blood sacrifice that ends our deserving judgment. Through the blood of Messiah, we have been vindicated and will enter the doorway that leads to His rest and eternal life.

Like this article? Vote!
27 Votes
Click stars to vote
I'm finding this book to be greatly helpful in understanding how a word can be understood from the story value of each letter
James P