The Story of Job 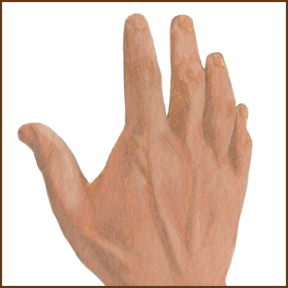 What does JOB mean?

There are at least three popular conventional meanings for the name of JOB that are proposed by Hebrew Bible Scholars.

As we discovered in the previous article some believe the name JOB signifies one who is hated and counted as an enemy.

Many Hebrew language scholars believe the name of Job was an expression of the love and desire that his parents experienced when Job was born.

Let’s take another look at the picture meaning of the name of Job and compare it to the Hebrew word picture for both Love and Desire.

Job, as you remember, is a four-letter Hebrew word spelled Aleph, Yood, Vav and Beyt.

Do you remember the Picture translation of JOB?

Aleph the Ox, the Strong Leader
Yood the Hand that does a mighty deed
Vav the Iron nail that secures on thing to another
And finally, Beyt the House or Tent. The picture of the Household:

When we put the pictures and the number together, we discover the following revelation in the name of JOB.

ALEPH – God the Father is going to
YOOD – Accomplish a mighty deed ordained in heaven
VAV – In order to secure for man
BEYT – A heavenly home that is fashioned by the Son of God.

This is the amazing prophecy in the name of JOB.
Things are not always as they appear and we should be cautioned by the story of Job not to ever be too hasty about predicting the outcome, understanding the circumstances or predicting the destiny of anyone who loves the Lord.

The Apostle Paul paraphrasing Isaiah the Prophet said it best:

1 Corinthians 2:9
But as it is written, Eye hath not seen, nor ear heard, neither have entered into the heart of man, the things which God hath prepared for them that love him.

Let’s see if we can unravel the Mystery of Love and Desire as revealed in the Hebrew Picture and Number language in order to see, if as some of the Hebrew Scholars teach, the Hebrew word LOVE  has a connection to the name of JOB.

The Hebrew word “ahavah” translated "love" in English is used to describe intimate or romantic feelings or relationships, such as the love between a husband and wife. It also means a love that selflessly serves the other person, such as the love that a father and mother have for a child.

Is this what Job's parents had in mind?

It is no coincidence that the first time the word LOVE is revealed in the ancient prophetic Scriptures is when God tested Abraham. Abraham was prevented by God from sacrificing his only son. The drama was meant to be a prophetic picture of our loving Heavenly Father who would offer up His own Son as a sacrifice for our sins.

Again we see the relationship between LOVE and loving parent.

There are two ways of interpreting the revelation in the picture God has given us of LOVE.
The first translation is that:

God the Father reveals Himself to the Son.

John 5:19
Then answered Jesus and said unto them, Verily, verily, I say unto you, The Son can do nothing of himself, but what he seeth the Father do: for what things soever he doeth, these also doeth the Son likewise.

The second translation is that:

God the Father reveals Himself to us through His Only Begotten Son.

John 1:18
No man hath seen God at any time, the only begotten Son, which is in the bosom of the Father, he hath declared him.

John 5:20
I can of mine own self do nothing: as I hear, I judge: and my judgment is just; because I seek not mine own will, but the will of the Father which hath sent me.

In our next article, we will explore the Numeric Meaning of LOVE and how it relates to the Messianic Message embedded in the name of JOB.

Like this article? Vote!
15 Votes
Click stars to vote
I'm finding this book to be greatly helpful in understanding how a word can be understood from the story value of each letter
James P