The Story of JOB part 6

Would you be surprised if I told you that the essence of HATE is revealed in the name of Job?

To be clear, I am not saying, as other bible scholars have speculated, that the name JOB can be translated as HATE or ENEMY.

Job does not mean Hate or Enemy.

But it does point you in that direction in order that you understand the true meaning of the name of the man that was caught up in a drama in which he was both a participant and a prize; a player and a pawn.

There are at least three popular conventional meanings for the name of JOB proposed by Hebrew Bible Scholars.

Let’s take a look the most popular opinion.

Some Bible scholars believe the name JOB signifies one who is hated and counted as an enemy.

If you do a search based on KJV for the word hate, you will be directed to Genesis 26:27.

The word translated hate in this verse should actually be literally translated as Hated and not Hate.

Actually, the first time the Hebrew word that is literally translated HATE shows up in the Hebrew it is translated into English as Hated. This may seem a little confusing, so let me see if I can make it simple.

The bottom line is that the first mention of the literal Hebrew word HATE is found in Genesis 37:5 where we read the following:

And Joseph dreamed a dream, and he told it his brethren:
and they hated him yet the more.

There are only two men in the Old Testament about which the Scriptures make no negative mention.

Since all men are sinners, including the man Joseph, this oversight seems to be deliberate. The reason for this omission has a messianic purpose.

The story of Joseph is the longest running narrative in the Old Testament. This is not surprising when you realize that Joseph was a shadow-type of the Messiah.

Joseph was rejected by his brethren and suffered untold miseries as a result of the hatred of his own flesh and blood. Despite this rejection, it was Joseph who was the means to his brothers and their families ultimate salvation in the natural realm. Joseph, in the end, had the power to destroy them without any consequences to himself and yet he showed them uncommon mercy, love and grace.

In a hundred ways, we do not have time to explore in this article that Joseph was a picture of Jesus the Christ.

It is no accident that the first time the word Hate appears in the Scriptures that it is connected to the one person in all the Old Testament that was the most prominent shadow-type of the coming Messiah.

If Joseph was a shadow-type of Christ, then JOB is a shadow-type of all those that truly love the Lord. Job was born long before the Son of God was revealed as the Savior and Redeemer of the World. That did not keep him from seeing his Redeemer through the eyes of faith and declaring with certainty that the means of his own resurrection and redemption was based on the Savior that he declared would one day see with his own eyes.

We have this testimony in common with the Ancient Righteous Job.  We have not seen our Lord with our own eyes but believe with certainty that one day our faith will turn to sight and we will see with our own eyes the Savior who redeemed us and included us into his family.

As we examine the possible picture and number meanings of each of the three letters in the Hebrew word we translate as Hate the meaning of the pictures will quickly become clear.

Let’s take a look at the meaning of Hate starting with the first Picture in the first letter of Hate.

The first letter in the Hebrew word we translate as Hate is Sheen.

Sheen is pictured as teeth and it means to consume, tear apart and destroy. 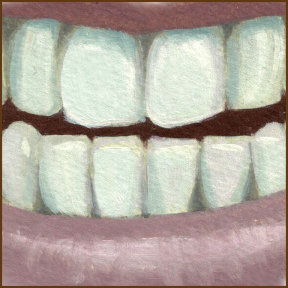 The second letter in the Hebrew word we translate as Hate is Noon.

Noon is pictured as a fish and it means Activity and Life. 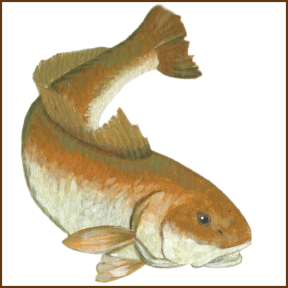 The third letter in the Hebrew word we translate as Hate is Aleph.

Aleph is pictured as an Ox and it means the Strong Leader.

The picture translation of Hate pierces to the heart of the malicious cancer of Hate as it unveils its true object.

Hate is a malicious desire that springs from the withered, sinful heart of man.  Hatred is the wellspring that brings forth violence, destruction and death.

Satan is expert at fanning the flames of man's complaints and directing them heavenward.

The Picture meaning of Hatred is as follows:

Hate in the most ideal sense is the desire to Crush and Destroy the Life and Activity of our God, Heavenly Father.  Hatred is a double-barreled shotgun with each shell loaded with a thousand complaints aimed at the Creator.

Hate had a beginning outside of our earthly realm.  Hate first appeared in Heaven and in the most unlikely place.

Hate was first found in the heart of an angelic Cherub who was the most privileged creature in all of heaven. The hate that took root in the heart of Satan soon infected one-third of the angelic hosts.

What was the object of this malicious hatred?

The object was God, Himself. Satan desired to destroy God. If that is impossible, then what better place to for him to aim his hatred than at God’s creation. Within that creation what creature stands out as the perfect target for Satan's Hatred. Obviously, the creature that God loves the most. And what creature is that? The answer is Man, the pinnacle of God’s creation. The one and only creature that we are told is created in His own image.

Satan is come to kill and destroy and we on our own are powerless to stop him.

There is only one remedy for Hatred and it is Jesus the Christ who has comforted us with these words as recorded for our salvation is we would only put our trust in Him.

These promising and comforting words are for all those that have put their confidence in the Son of God, Yeshua Ha-Mashiach.

Like this article? Vote!
17 Votes
Click stars to vote
I'm finding this book to be greatly helpful in understanding how a word can be understood from the story value of each letter
James P