The Story of JOB part 4

Job is one of the most interesting and often misunderstood books in the entire scriptures.

We will be examining the story of Job from a vantage point that is illustrated in the very pictures and numbers that make up the Hebrew words disclosed to us in the story.

The Lord has placed these pictures in the book of Job in order to increase our awareness of the hidden world that encompasses our daily lives.

In this article we will examine the meaning of the Hebrew Word Raqia (raw-kee-ah); the word we translated into English as Firmament.

Does this seem like a strange word to study as we explore the book of Job?

In our last article, we explored the Picture and Number meaning of Satan.

Do you know where Satan lives?

We know that he goes to and fro on the earth like a roaring lion looking for more ways to create chaos and confusion, death and destruction. 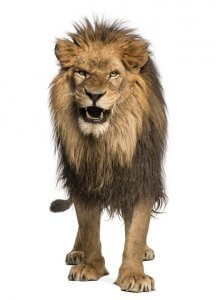 But is that were Satan lives?
The answer is no.

Satan, our adversary, temporarily dwells inside the Firmament. Since this location plays an unspoken yet important part in the drama of Job, it would be a good place to investigate.

Suspended between two realms, the earth, where man lives and the heavens where God dwells, is a space under the Firmament that is called Heaven, also known as the atmosphere and the air.

This is the realm where God placed the sun, the moon and all the stars on the fourth day of creation.

We are told that one of the most important purposes of the Firmament, where God placed the sun, moon and stars, was to publish His amazing disclosure that reveals "Glad Tidings" to mankind.

Genesis 1:14
And God said, Let there be lights in the firmament of the heaven to divide the day from the night; and let them be for signs, and for seasons, and for days, and years:

The seasons in view are not just the four seasons of the year as we might imagine. They are the seasons that will unfold as pictured in the constellations seen ever circling over our heads at night.

It is a star-studded story of an epic battle followed by atonement and redemption that is repeated over and over again for our instruction.

It is a drama displayed in the heavens in order to help man understand the good plans of our Creator.

The entire worshipful dance of the stars was designed for one purpose only and that purpose is to glorify God.

It is not a mistake, although the irony of it should not be missed, that Satan is banished to the very place where the Creator has placed the sun, moon and stars. Satan was cast into the Firmament, the very place that God created to display His glory.

Is it a surprise that Satan has perverted God's heavenly revelation?

No matter how many myths and legends, false religions and pagan rituals depend upon the revised chaotic and perverted message that Satan has attempted to put forth to mask the truth; the truth does not change.

The simple fact is that the heavenly movement of the constellation has been purposely placed inside the Firmament as prophetic signs and harbingers that bear testimony to both the past and the future redemptive plans and purposes of God.

Satan may scramble the revelation of the constellations. He may try and make them scary for Christians to consider.

The greatest liar and con-angel in the entire universe may conjure up a mythical mixed up message for the pagans and offer it up as secret occult knowledge.

Satan may then command those that believe his lies to view the heavens, in which he is squatting, in order to obtain secret occultic information.

All of this nonsense is meant to hide the true message. None of it can alter the fact that God named the stars and calls forth the constellation in order that those that love Him might observe with confidence the story that finally ends under the victorious rulership of God’s only Son.

During the lifetime of Job and for almost half of human history, the only witness seen by the entire earth was the witness of the stars as they followed the pathways and completed the courses set by God.

When God showed up to have a face to face discussion with Job, He was very clear and wanted Job to understand with certainty that God the Creator retained for Himself the glory due His name and the revelation He wants us to consider.

Like this article? Vote!
25 Votes
Click stars to vote
I'm finding this book to be greatly helpful in understanding how a word can be understood from the story value of each letter
James P