Please come along with me on a journey to discover the meaning of the Hebrew word Jerusalem. The name Jerusalem is a combination of two Hebrew words.

), seen in English as the U, the fourth letter in the English spelling of Jer-U-Salem separates the two Hebrew words spelled (Yood Reysh) and  (Sheen Lamed Mem). The letter Vav (

) in Conventional Hebrew is also the word “AND”, a word that, just as it does in English, connects two things together. We might say This AND That, Apples AND Oranges or Love AND Marriage. Everyone agrees that the second word in Jer U Salem, the Hebrew word Salem means PEACE.

The meaning of Salem is found in the root-verb Sheen, Lamed, Mem, the word shalom.  Shalom means UN-Brokenness and conveys the meaning of completeness or wholeness. And how do the Scriptures use this word that indicates wholeness?  The answer is a payment that restores things to their fullness and wholeness. Does the word Propitiation come to mind? Salem means Peace but not perhaps in the way we think it does! The first two letters in Jerusalem are Yood and Reysh.  The two letters Yood Reysh compose the Hebrew Word translated into English as fear or awe.

Clearly, Yood Reysh, the first two letters in Jerusalem, are meant to instill in us a sense of AWE!  Whatever the nature of the PEACE prophetically announced by the Hebrew word SHALOM or SALEM it is going to, when it is fully disclosed, produce Fear and AWE! The Conventional meaning of Jerusalem, the meaning the man on the street will report back to you if asked, is that Jerusalem means the “City of Peace.” Is this correct?

Let’s take a look at the meaning that the LORD has hidden in plain sight in the very letters and numbers that compose the one place on earth that God has put His name on, JERUSALEM.

The first letter in the Hebrew name Jerusalem is Yood

.  Yood is pictured as a hand.  It is an arm and a hand that is doing a mighty deed in order to accomplish a divine mission. The second letter in the Hebrew name Jerusalem is Reysh

.  Reysh is pictured as a Head.  Reysh is a picture of a person who is the Leader, the Master, the Highest and the PRINCE. The Translation of the first word in the Hebrew name Jerusalem could not be clearer.  God has designed this revelation so that it might not be misunderstood. The first two letters in the Hebrew word Jerusalem announces that God is going to do a mighty work.  Yood Reysh announces who is coming in order to do this mighty work.

The Reysh or Prince sent by the LORD to Yood, accomplishes a mighty purpose. 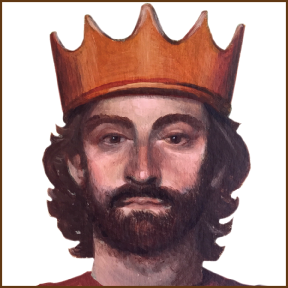 Who is this Prince of Heaven?

He has a name above every name, His name is Yeshua.  He is the only begotten Son of God who has come to Jerusalem in order to do a mighty work, a work He was anointed to accomplish by His Father in Heaven.  He is Yeshua Ha-Mashiach!  What do you suppose this mighty work is? The answer is found in the Picture meaning of the Hebrew word Salem, the second word in the name of Jerusalem. Before we look at the picture meaning of Salem we need to touch on the meaning of the third letter in the Hebrew word Jerusalem, the letter Vav. In the conventional Hebrew the letter Vav means “and”. It is the letter in Hebrew that is pictured as an Iron Nail or a Wooden Hook. The iron nail and the wooden hook picture joining two things together, creating a connection between two things that are separated from each other.  It also has the meaning of making secure as pictured by holding something up. We will return to the picture of the Iron Nail after we discover the picture meaning of the SALEM, the Hebrew word that is translated into English as PEACE.

The Three letters in the Hebrew Word Salem are pictures as follows:

Mem pictured as Waters has a dual meaning.  In the name Salem the meaning is not in doubt. The Hebrew letter Mem is referring to Massive floodwaters or a Tsunami that causes – Chaos – Confusion and Death

Who is the “Controlling Authority that is connected with Massive Chaos”? 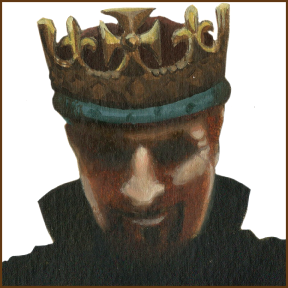 It could only be referring to one person.  And who is that person that is causing chaos, confusion, and death?   It is the evil prince of the power of the air, the ruler of this present world who only rules to destroy mankind and make war with the Lord God of heaven. And who is the only one that has the power and authority to vanquish and destroy the Prince of Chaos and Confusion?

There is only one candidate, and His name is Yeshua Ha-Mashiach.  The Prince announced in the first two letters of Jerusalem.  The Prince who has come to vanquish death and secure for us by means of an iron nail and a wooden hook or cross the one thing that man cannot accomplish on his own.  Redemption and Salvation.

Jerusalem is a prophecy that was partially fulfilled when Yeshua Ha-Mashiach came to earth the first time as a suffering servant who came to destroy the works of the Devil.

Jerusalem is a billboard that God created and protected in order that all might read the glorious message that Yeshua the Messiah came to pay the penalty for the sins of man and to defeat Satan the enemy of our soul.

Jerusalem also announces the Second Coming of Yeshua to set up His kingdom in Jerusalem on this earth where He will reign with a rod of iron for 1000 years.

Would you like to know when this is going to happen? Is the answer revealed in the Numeric meaning of Jerusalem? Is there a mystery hidden in the name of Jerusalem that is finally in these last days about to be disclosed?

Like this article? Vote!
18 Votes
Click stars to vote
I'm finding this book to be greatly helpful in understanding how a word can be understood from the story value of each letter
James P